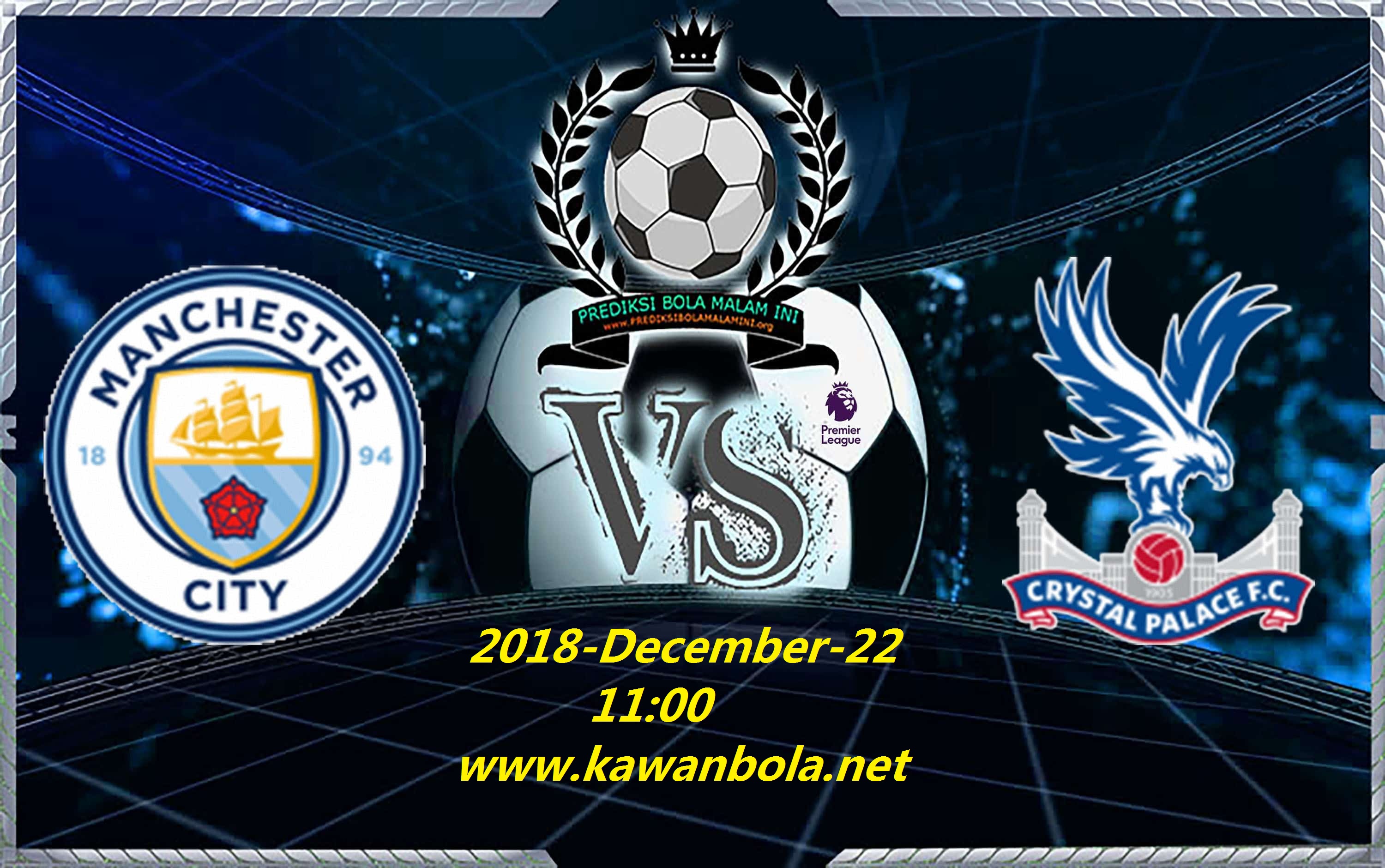 Manchester City are back in Premier League action on Saturday as the champions take on Crystal Palace in their final game before Christmas.

City’s 2-0 defeat at Chelsea earlier this month has allowed Liverpool to take top spot in the title race, but only a point separates the sides ahead of Gameweek 18.

Pep Guardiola will be expecting another home win as City seek to retain their title, but Roy Hodgson’s Palace head to Manchester in a buoyant mood after beating Leicester City last weekend.

There is no doubting Manchester City’s quality in attack but they have not been as strong defensively of late, keeping just one clean sheet in their last seven league outings. The champions should collect another comfortable home win but Palace, and especially Zaha, could make it interesting.

As for Palace, Christian Benteke is still out with a knee injury, although Wilfried Zaha and James Tomkins are both back from suspension.

Man City and Palace have faced each other 16 times in the Premier League: the Eagles have won just twice and draw four games, while City have won 10 of their meetings.

City thrashed Palace 5-0 at the Etihad last September, but the Eagles secured a goalless home draw in Decembe

Manchester City are still without David Silva, Benjamin Mendy, Danilo and Claudio Bravo, who are all sidelined with long-term injuries.

It looks likely that star players ​Sergio Aguero and ​Kevin de Bruyne will be available for Saturday, with the latter playing and scoring in midweek. Aguero has missed the last four league games through a groin injury, but should be fit for Saturday’s game.

For Crystal Palace, key man ​Wilfried Zaha and defender James Tomkins will both return from one-match suspensions. The return of Zaha in particular will be crucial, as he is likely to spearhead the Eagles attack at the Etihad

Manchester City have recorded three successive victories in the space of a week, following their ​2-0 defeat to Chelsea. However, Pep Guardiola’s side have failed to register a clean sheet in seven games in all competitions, since their ​4-0 win over West Ham.

Despite the win, the Eagles haven’t won away from home in six attempts, last winning on the road in a ​1-0 victory at Huddersfield in September.

Here’s how each team has performed in their last five fixtures.