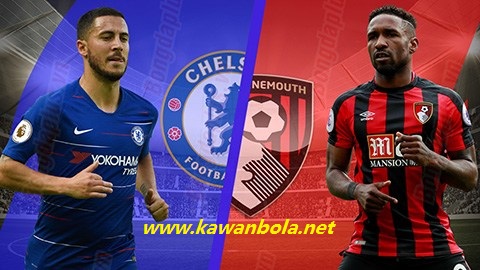 Chelsea switch their attention back to cup football when they welcome Bournemouth to Stamford Bridge on Wednesday night.

The Blues have lost their aura of invincibility with defeats to Tottenham and Wolves last month but victory over champions Man City and a hard-fought win over Brighton on Sunday has them back on track.

Bournemouth travel to the capital looking to shake a poor run of form which has seen them lose sic of their last seven matches.

Meanwhile, Bournemouth have had to navigate three fixtures after joining the competition at the second round stage, dispatching MK Dons, Blackburn Rovers and then Norwich City to qualify for their second consecutive League Cup quarter-final.

Maurizio Sarri hasn’t been afraid to rotate his side in cup matches so far this season and, given the fact that ​Chelsea have a busy Christmas period ahead of them, he is likely to rest some of his big stars. Victor Moses, Gary Cahill, Alvaro Morata and ​Eden Hazard are injury concerns and may be unavailable for selection

These two sides have only had the pleasure of facing one another 13 times before. Chelsea have the upper hand when it comes to head to head results, having won ten times, whilst Bournemouth have won on three occasions.

Interestingly, Wednesday’s encounter is an exact rematch from 2017/18. Chelsea defeated Bournemouth 2-1 in the quarter-finals of the League Cup last season thanks to a late winner from ​Alvaro Morata.

​Chelsea’s recent form has been mixed to say the least, with the excellent 2-0 win over Manchester City contrasting a disappointing away defeat to Wolves and a draw against Europa League minnows MOL Vidi FC.