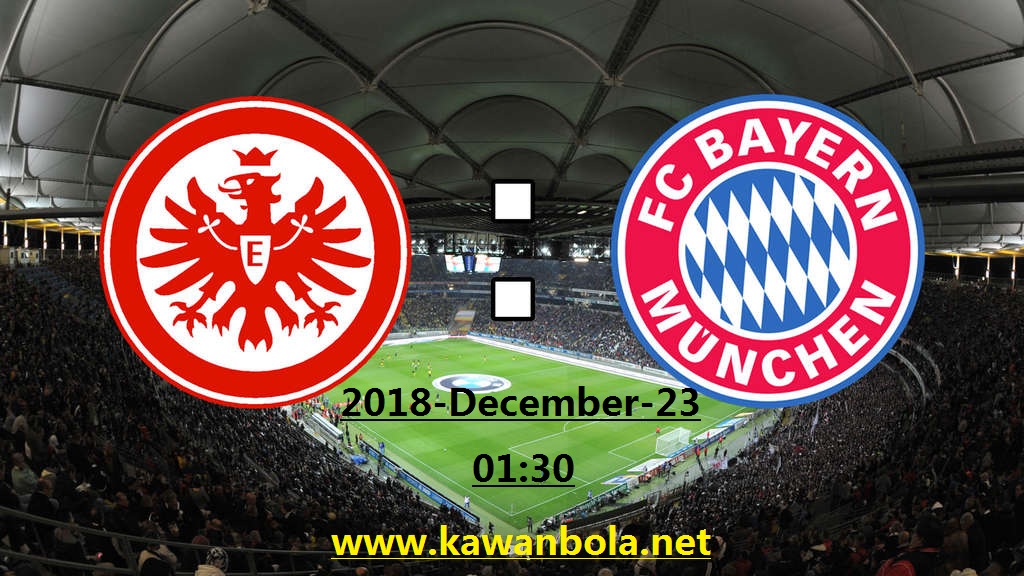 Bayern Munich will look to further reduce the gap between themselves and Bundesliga leaders Borussia Dortmund when they face Eintracht Frankfurt on Saturday.

Bayern have endured a tough season so far, with Niko Kovac struggling to settle as their new manager, but the difference between the national champions and Dortmund is now only six points after the latter lost at Fortuna Dusseldorf.

frankfurt will be no pushovers and stunned Bayern in last year’s DFB-Pokal final when Kovac’s former side scored twice late on to win 3-1.

With Makoto Hasebe unlikely to recover from muscular problems in time, Marco Russ and Simon will battle for a spot in central defence. Ante Rebic is likely to return to Frankfurt’s starting XI and could replace Mijat Gacinovic

As has been customary so far this season, Niklas Sule, Jerome Boateng and Mats Hummels will compete for the two centre back spots. Corentin Tolisso, James Rodriguez, Arjen Robben and Serge Gnabry are all absent through injury, while Renato Sanches is suspended.

​Bayern unsurprisingly lead the head to head chart, winning 69 of the 139 encounters in all competitions. Frankfurt have won 40, with 30 ending in draws.

When the two teams met in August, Bayern humiliated Frankfurt in their own back yard. Robert Lewandowski grabbed a hat-trick before the hour mark, with Kingsley Coman and Thiago Alcantara also netting to seal an emphatic 5-0 victory.

Having gone through a rough patch in November, which included a run of just one win in four games, Bayern appear to come through stronger, even if their defence still looks a bit shaky.

Their last defeat came against ​Dortmund and they most recently triumphed over RB Leipzig, Franck Ribery scoring the game’s only goal.

Frankfurt lost two on the bounce to Wolfsburg and Hertha Berlin but bounced back with wins against Lazio and Bayer Leverkusen before drawing with Mainz.

While Bayern appear to have gotten over whatever was holding them back towards the start of the campaign, they may not have enough to come away from Hesse with all three points.

rankfurt are dangerous, especially with Ante Rebic back and available, and Bayern may have to settle for a point.