Tottenham Vs Chelsea to Wembley on Tuesday night for the first leg of their eagerly anticipated EFL Cup semi-final clash.

Spurs have endured a difficult run in the competition having overcome Watford, West Ham and Arsenal, and Mauricio Pochettino will be hoping to knock out another London Premier League club to reach the League Cup final for the first time since 2015 – when they ironically were beaten by the Blues at Wembley. Maurizio Sarri has proved he is taking the competition seriously with his team selections and he will likely field a strong starting XI once more on Tuesday night. ​Chelsea have overcome some tricky ties against ​Liverpool, Derby and ​Bournemouth to reach this stage, and will be hoping to make the final for an eighth time.

In midfield, ​Eric Dier is recovering from an appendectomy but should return to training next week, while Victor Wanyama is still unavailable with a knee injury. Moussa Sissoko will likely continue in their absence having established himself as a key player for Spurs in recent weeks after some impressive performances.

​Harry Kane, ​Christian Eriksen and Kieran Trippier amongst others were given a rest for the 7-0 hammering of Tranmere at the weekend, so Pochettino is expected to bring a number of key players back into the starting XI for the visit of Chelsea.

Maurizio Sarri has some injury concerns to deal with ahead of Tuesday’s clash, particularly in attacking areas with ​Pedro, ​Willian and Ruben Loftus-Cheek all expected to miss out. Callum Hudson-Odoi will likely be handed another opportunity to prove himself following an man-of-the-match display against Nottingham Forest on Saturday.

Mateo Kovacic is doubtful with a back injury and Cesc Fabregas looks set to join Thierry Henry at Monaco, meaning Ross Barkley should be in line to start in midfield alongside Jorginho and ​N’golo Kante. Tottenham have secured 53 victories of their own and have convincingly won the previous two encounters, both by a 3-1 scoreline in the Premier League, with ​Dele Alli netting three times.

Spurs have been in scintillating form of late, scoring an incredible 22 goals in their last five games, including seven last time out against Tranmere. Their form has seen them keep pace with ​Manchester City and only six points off Liverpool at the summit of the Premier League.

Pochettino has only tasted defeat once in his last ten games as Spurs suffered a shock home defeat to Wolves, but the Argentine has managed to create a feel good factor around the club as they chase their first trophy since 2008. 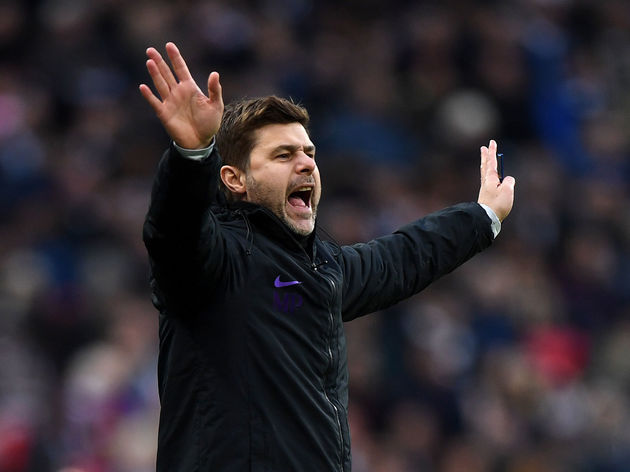 Chelsea have looked slightly off the pace in recent weeks lacking a cutting-edge in their play; exemplified by their lack of goals as they fired blanks against Southampton and Leicester. Now ten points behind Liverpool, the Blues are looking over their shoulders as they remain favourites to secure Champions League qualification over Arsenal and Man Utd.

After returning to winning ways on Saturday in the FA Cup, Sarri’s men should have renewed confidence, especially Alvaro Morata, who bagged two vital goals, and Hudson-Odoi, who provided both for the Spaniard.

When the pair met in late November, Chelsea were enjoying an unbeaten season and in flying form. However, Sarri’s side were taken apart by a free-flowing Tottenham side where a 3-1 scoreline didn’t flatter Pochettino’s men after missing a number of guilt-edged chances to punish the Blues further. 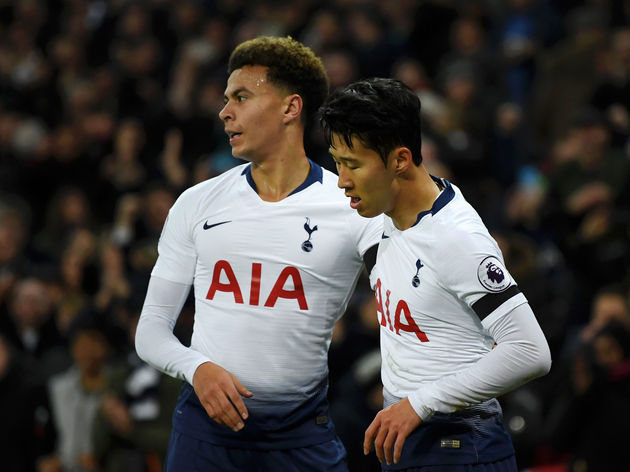 With Tottenham playing at ‘home’ again, it is difficult to see Sarri’s side winning the game amid their current indifferent form. Spurs have been scoring goals for fun recently and are likely to net at least one on Tuesday night against a Chelsea team that looked devoid of confidence against Southampton last week.