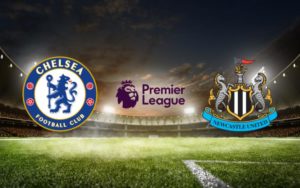 ​Chelsea host Newcastle at Stamford Bridge on Saturday as the Premier League returns to west London after the hectic festive period.

It looks likely to be a very tight affair as Sarri’s men need to get back to winning ways at the Bridge after dropping points in back to back home games.

Rafa Benitez and his players will arrive in west London in a bad state having only won once in their last nine games, scoring just five times. However, the Magpies will be hungry to cause an upset against Sarri’s men. Chelsea were happy to see Willian come back into the starting lineup against Tottenham in midweek while Olivier Giroud and Pedro were also fit enough to be subbed on in the second half.

Sarri is expected to start with the Brazilian again as well as giving youngster Callum Hudson-Odoi another chance on the left, with star player Eden Hazard leading the front three.

Ruben Loftus-Cheek is out with a back injury, while Alvaro Morata is a doubt. The Spaniard was left out of the squad against Tottenham and could leave the club this month. Newcastle are missing Karl Darlow, while the duo of Mo Diame and Federico Fernandez are doubtful after sitting out the Blackburn tie in the FA Cup.

Paul Dummett and Jonjo Shelvey are still going through recoveries and it is uncertain whether they will be fit enough to be in the squad on Saturday. This will be the 165th clash between the two sides. Chelsea have come out on top 72 times whereas Newcastle were the victors on 53 occasions. They have settled for a draw 39 times before Saturday.

Their most recent clash was on August 26 at St James’ Park when Chelsea grabbed three points as an own goal by DeAndre Yedlin cancelled out Joselu’s equaliser in the dying minutes.

Chelsea left their fans disappointed in the draw with Southampton the last time they were at home. They lost to Leicester before, but managed to squeeze back to back away wins in between.

They cruised past Nottingham Forest over the weekend in the FA Cup, before a narrow 1-0 defeat against Tottenham at Wembley in the Carabao Cup semi final first leg.

Newcastle are going through a difficult run of results. They were winless in four games during the festive period before drawing 1-1 against Blackburn in the FA Cup in a very underwhelming FA Cup clash. They face troubling signals up front, having only managed to score five goals in their last nine games.

Here is how the two teams have fared in their last five games.

Neither team are going through their best run of results and this game will be a very close affair.

Chelsea were unable to unlock a very defensive-minded Southampton when they visited the Bridge, as even the red-hot Eden Hazard was unable to find the solution to the Blues’ attacking problems. Newcastle will come into this game with a similar mindset to that of Southampton two weeks ago, sitting deep and collectively getting behind the ball, as they usually do under Rafa Benitez’s management.

Nevertheless, their poor form and Chelsea’s eagerness to get back to winning ways at home give the Magpies little hope of an upset here.