​Manchester City host Wolves at the Etihad Stadium on Monday, hoping to continue their good form after beating Burton Albion 9-0 in the Carabao cup semi-final.

However, Wolves have proven to be a tricky outfit for the top six teams to break down this season, as City will know all too well – the Citizens dropped their first points of the season against Wolves in the reverse fixture earlier in the campaign.

Wolves will look to their counter-attacking ability to potentially hurt Manchester City on the break, knowing their opponents will have the ball for the majority of the game.

City’s Benjamin Mendy will be back in training soon, though he is still some ways away from match fitness. Vincent Ko​mpany has a muscle problem and is unlikely to play as a precautionary measure. Sergio Aguero has recovered from illness and will be available to make a comeback against Wolves.
Wolves do not have any injury troubles and should be at full strength for Monday night’s fixture against the champions. 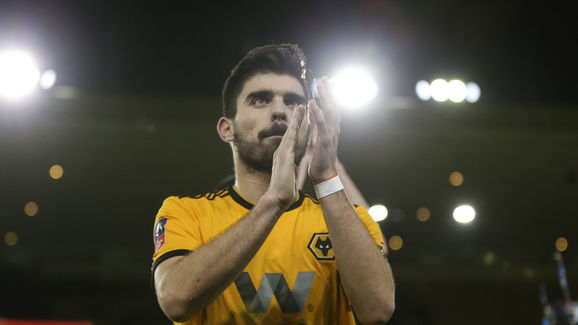 City have dominated this fixture in recent history, winning nine of the 13 games these two have played out in the Premier League. Wolves have won two, and another two ended in draws.

The most recent fixture finished 1-1 at the Molineux in August earlier this season.

Manchester City are looking in devastating goal-scoring form, scoring 96 goals so far this season in all competitions. Their 2-1 win over league leaders Liverpool, followed up by the 9-0 hammering of Burton, will have done wonders for their confidence as they seek to close the gap on the Reds at the top of the table.

Wolves will be in high spirits after knocking Liverpool out of the FA Cup earlier in the week, though Nuno Espírito Santo will be looking for a better performance from his team after losing 2-0 to Crystal Palace in their previous Premier League game. However, Wolves have a good record against the top six and will be looking to sustain that record against City. Manchester City are often the favourites every time they walk out on to the pitch and this game will be no different. City’s potent attack means it’s often a question of when they will score, and not if. However, stranger things have happened and Wolves are by no means a pushover. Yet with City’s revamped confidence it’s hard to look past them for another win this weekend.