AS Roma and FC Porto will both be confident of reaching the Champions League quarter-finals as they gear up for the first leg of their round-of-16 tie this week.

Italian side Roma qualified second behind Real Madrid in Group G to reach the knockout stages, while Porto – who won the competition with Jose Mourinho back in 2004 – impressed with 16 points from a possible 18 to finish top of Group D.

Both teams would have been happy with this draw, which offers a fantastic chance to reach the last eight having missed potential ties against Europe’s elite clubs.

Roma will host FC Porto in  the first leg of the Champions League round of 16 fixture on Tuesday night at the Stadio Olimpico.

​Both sides will fancy their chances of progressing to the quarter-finals in an evenly poised tie that could provide a great display of football.

Porto impressed in the group stages, finishing with 16 points and Roma finished second behind last season’s Champions League winners Real Madrid. Both teams would be pleased with the draw as they missed out on facing one of Europe’s elite teams. This fixture gives each team a 50/50 chance on paper of progressing. Roma boss Eusebio Di Francesco has quite a few injury problems. Big centre-back Konstantinos Manolas will miss the game which will be a major problem for the Italian club. Furthermore Diego Perotti, Patrik Schick, Robin Olsen and youngster Cengiz Under are all out with injury giving Di Francesco a massive headache for the game on Tuesday. 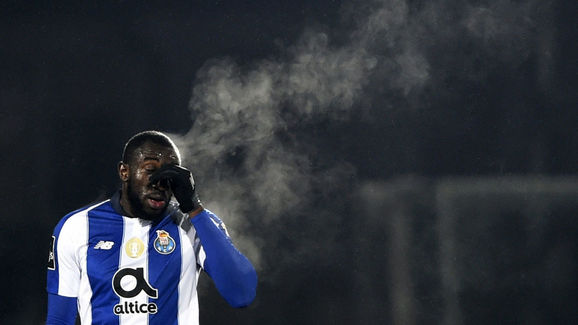 Porto are also missing some big names for the matchup against Roma. Jesus Corona will miss the game due to suspension, lethal strikers Vincent Aboubakar and in-form man Moussa Marega will both miss the game which leaves Francisco Soares the only recognised striker for manager Sergio Conceicao.

Porto have the advantage in terms of fixtures between the two clubs. The teams have met four times, with Porto beating Roma 2-0 over two legs in the UEFA Cup Winners’ Cup back in 1981.

Porto again beat Roma in the 2016/17 Champions League playoffs with a massive 4-1 aggregate victory, which meant Porto qualified for the tournament instead of the Italian club.

Roma aren’t in the best of form with only two victories in their last five games, winning their most recent fixture 3-0 in a convincing result against Chievo. A 7-1 hammering to Fiorentina in the Coppa Italia was a huge blow in the gut for Roma, but with two games undefeated since that result, the Roma boss will hope his team can keep their undefeated streak going with a win against Porto.

Porto are feeling the pressure in the Portuguese league title race after two consecutive draws away from home has left rivals Benfica only one point them. A loss on penalties in the Taca da Liga didn’t help their confidence either.

Porto were in tremendous form in the Champions League group stages, picking up five wins and one draw, which could motivate them to continue this form in the same competition, trying to disregard their league and domestic cup woes.

Both teams will feel they have the ability to take all three points and put themselves in an advantageous position to progress, but this fixture may come down to each team’s form at home and how they cope on the road. Porto will be without star man Marega but with Roma missing Manolas, Tiquinho will feel he can do a job in Marega’s absence and get on the scoresheet.