​Liverpool travel to the Estadio do Dragao on Wednesday night looking to continue their fine run of form and overcome Porto to reach the final four of the Champions League.

The Reds will be riding a wave of confidence coming into this fixture following their impressive 2-0 win over Chelsea on Sunday afternoon. Porto on the other hand will be trying to overcome their first leg 2-0 deficit to reach the semi finals of the competition for the first time since winning it in 2003/04. With a two goal cushion and a busy Premier League schedule ahead of them, Liverpool may look to rotate a few tired legs in their team. The Merseysiders will know that an away goal would likely see them through, as it would leave Porto needing to put at least four past the Reds’ goalkeeper Alisson.

Porto have the welcome boost of midfielder Hector Herrera and defensive warrior ​Pepe returning for this leg, having been suspended for the first. These two have been a key part of Porto’s formation this season and have made big contributions to their impressive run in Europe so far. The pair will be crucial to the Portuguese side’s efforts to prevent ​Liverpool grabbing a tie-ending away goal on Wednesday night. Liverpool meanwhile, will be waiting to check on the fitness of captain ​Jordan Henderson. The England international, who has shone in a more advanced midfield role in recent games, came off in Sunday’s win over the Blues and may not be risked for this fixture.

The former Sunderland man’s potential omission from the team could pave the way for ​James Milner to return to the starting lineup. The Reds have had Alex Oxlade-Chamberlain and Joe Gomez return to full training recently, though this fixture is expected to come too soon for either player to make an appearance.

The two sides met in the round of 16 in last year’s ​Champions League, which saw Liverpool put the game to bed in the first leg with a 5-0 victory at the Estadio do Dragao.​ To come back from the two goal defeat at Anfield, Porto will need to beat Liverpool for the first time in their history, as they have failed to do so in their previous seven attempts. The six meetings prior to Liverpool’s 2-0 victory last week were in three separate two-legged European fixtures in which the Reds emerged victorious on all three occasions. It will take something special from the Dragons on Wednesday night to prevent history from repeating itself once more.

The home side are on a good run of form in the league, as they have won five of their previous six matches in the Primeira Liga​. However, a defeat at home to Benfica at the beginning of March gave their Lisbon rivals the impetus to take the lead in the title race, in which the two sides are separated only by goal difference. 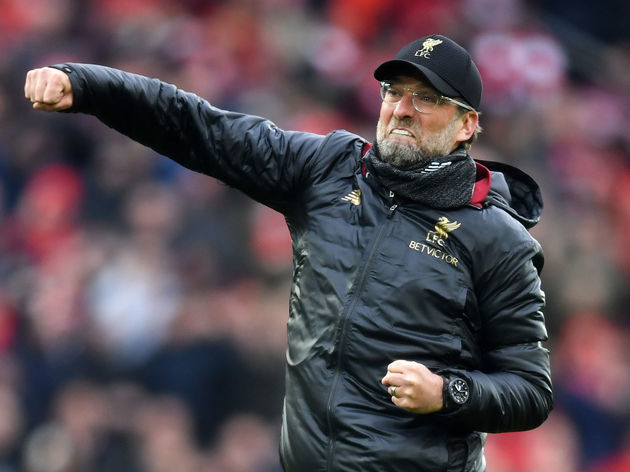 Similarly, Liverpool have also won five of their previous six matches in the league, with a goalless draw to local rivals Everton being their only dropped points during this time. Liverpool have lost just twice in 2019. The first of these came in their title clash at the Etihad in which they lost 2-1; and the second was a defeat by the same scoreline to ​Wolves in the FA Cup, albeit with a weakened side.

Here is how the two teams have performed in their previous five fixtures:

The Portuguese champions will be wary that one Liverpool goal would put this game to bed and will be looking to keep it tight for the first 15 to 20 minutes. However, they cannot afford to wait too long before applying pressure to the Reds’ goal, as they need to score at least two to stand any chance of progression. As they push for goals, they will rely on returning defender Pepe to help keep Liverpool away from the home goal.

Liverpool will be looking for a professional display, as they look to see off their Portuguese opponents. The Liverpudlians will also be keeping things tight early on and will be looking to counter-attack the home side when given the opportunity, knowing an away goal would surely see them progress. Porto will be strong in this game and may take a lead, but their chances of keeping Liverpool’s attacking trio quiet are slim, and an away goal could put the game beyond the home side.