​Chelsea will look to book their place in the Europa League semi-final on Thursday, as they welcome Slavia Prague to Stamford Bridge for the second leg of this quarter final tie.

In what was an unconvincing first leg display, the Blues left it late to snatch an away goal through a fine Marcos Alonso header, giving them an important 1-0 aggregate lead. A positive result for Maurizio Sarri would send ​Chelsea through to the last four where they would face either Benfica or Eintracht Frankfurt, with lifting the Europa League beginning to look like their most likely route to playing Champions League football next season.

Last Thursday proved that Slavia Prague are no pushovers and their dramatic last 16 win over Sevilla should serve as a warning for the Blues that the 1-0 advantage does not make the second leg a foregone conclusion.

​Antonio Rudiger was forced off before half-time against ​Liverpool after sustaining a knee injury, and although the extent of the blow is not yet known, it is highly unlikely that the German centre-back will be available for Thursday.

Andreas Christensen, or even the forgotten man ​Gary Cahill, should line up alongside ​David Luiz at the heart of the Blues’ defence, with ​Marcos Alonso in contention to return to the squad after missing the trip to Anfield with a thigh problem.

Sarri continues to carefully manage the fitness of ​Ruben Loftus-Cheek and after playing 75 minutes on Sunday, Blues fans might expect to see ​Ross Barkley in the starting lineup against Slavia Prague. 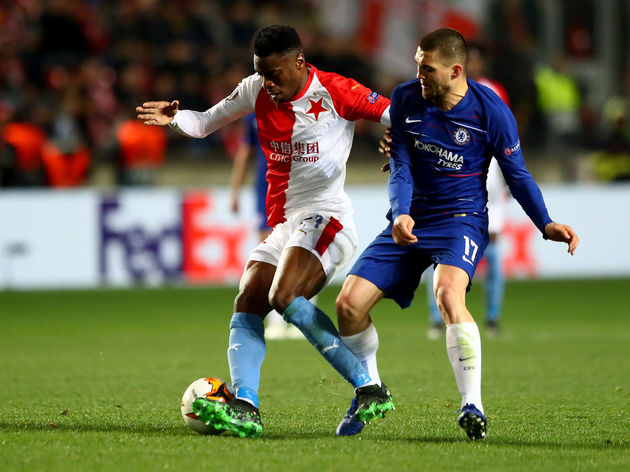 The first leg was the first ever meeting between the two sides, giving Chelsea a resounding 100% record against the Czech club.

Last Thursday’s win in Prague was the fourth on the bounce for the Blues, but that run came to an abrupt end against Liverpool after a five minute frenzy from the Reds just after the interval.

However, it would be harsh to say that things haven’t improved slightly in recent weeks, following the overdue introduction of Callum Hudson-Odoi and Loftus-Cheek to the regular starting eleven.

Slavia’s defeat to Chelsea brought an end to a ten-match unbeaten run, which may have knocked their confidence going into the weekend’s derby against Sparta Prague. The match finished all square at 1-1. 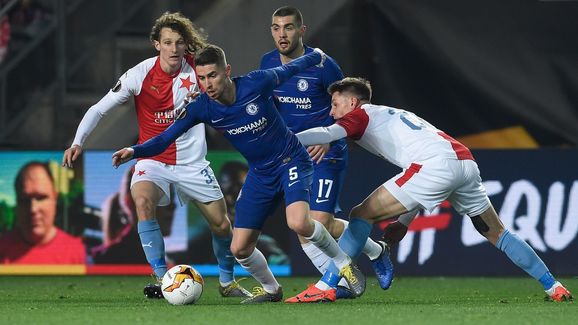 Chelsea should need no extra motivation on Thursday, knowing ​Arsenal hold all the cards in the race for a top four Premier League finish – as well as knowing they have a trip to Old Trafford coming up.

The Europa League is arguably their most realistic hope of achieving Champions League football and with a 1-0 advantage, the Blues should move one step closer to their target at Stamford Bridge.