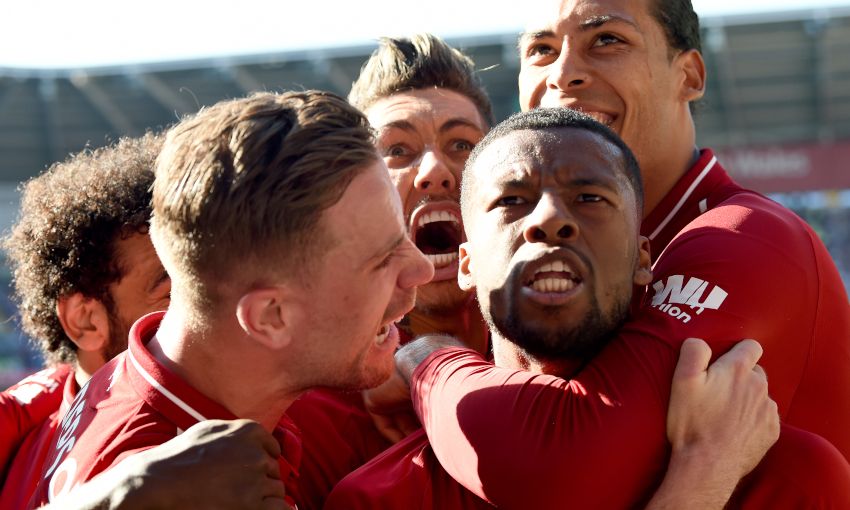 ​Liverpool kept up their pursuit of Manchester City at the top of the Premier League with a hard-fought 2-0 win over Cardiff on Sunday.

The visitors were on the front foot from the start, but they found it difficult to break down a highly-organised Cardiff defence. Roberto Firmino and Mohamed Salah had the best chances of the first half, but Firmino’s effort sailed over the bar from close range and Neil Etheridge was on hand to save from Salah.

Liverpool continued to mount increasing pressure on the Cardiff goal straight after the interval and deservedly opened the scoring through ​Georginio Wijnaldum. Trent Alexander-Arnold’s corner found the midfielder in the Cardiff box and he duly stroked the ball past the helpless Etheridge.

The win was all but wrapped up for the Reds with ten minutes left on the clock after Sean Morrison fouled Salah in the box. James Milner stepped up and converted from the penalty spot, sending the Reds back to the top of the Premier League table.

​Cardiff’s win over Brighton in midweek has given Neil Warnock’s side a genuine chance at beating the drop this season – something no one predicted would be possible back in August. They came into this one knowing that a point would suffice and, given the quality that Liverpool possess, you can’t blame Warnock for adopting a conservative approach. It took just one lapse in concentration to ultimately undo the Bluebirds and, if they were able to take one of chances they were able to fashion, they could have walked away with at least a point.

With fixtures against Fulham and Crystal Palace still to come, Cardiff’s fight to remain in the Premier League is far from over just yet.

Cardiff found themselves pinned back in their own half for the majority of the game, but they did look like a threat on the counter-attack – particularly down the left flank.

Mendez-Laing was at the heart of everything positive in an attacking sense for Cardiff and he had the better of Alexander-Arnold throughout. His defensive work rate was also crucial as he provided plenty of support for Joe Bennett to prevent Alexander-Arnold from having an effect on proceedings.

As is going to be the case for every game between now and the end of the season, the stipulations were clear for ​Liverpool – nothing less than a win would do. 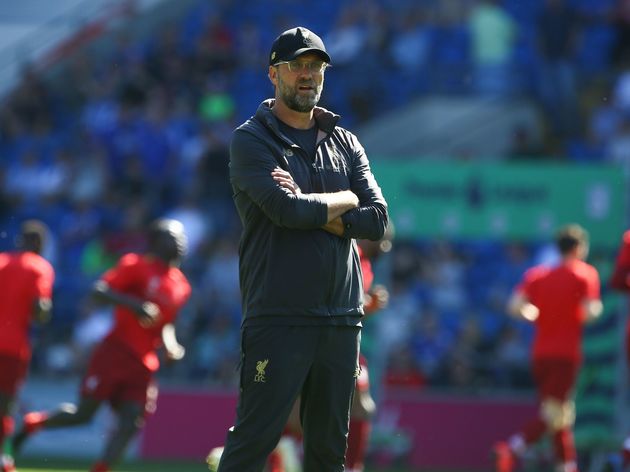 The Reds have often found it difficult to break down deep-lying defences this season and it initially looked as if it was going to be another frustrating afternoon after a tricky first half. Undeterred, Jurgen Klopp’s side stuck to the game plan and ultimately reaped the rewards which was no more than they deserved on the balance of play.

It wasn’t ‘heavy metal’ football by any means, but it doesn’t matter one bit in the grand scheme of things. The Reds will now be hoping that Manchester United can do them a favour in the Manchester derby on Wednesday.

Matip wouldn’t have played much of a part in Liverpool’s season if it weren’t for Joe Gomez’s unfortunate injury, but he has stepped up to the plate since taking the youngster’s place in the back four.

He put in an excellent performance in this one and, surprisingly, looked even more secure than Virgil van Dijk at the back. Gomez is nearing full fitness, but there is absolutely no reason he should be selected ahead of Matip based on recent form.

Cardiff’s battle to beat the drop continues on Saturday as they travel to face Fulham, whilst Liverpool are back in action against Huddersfield on Friday night.