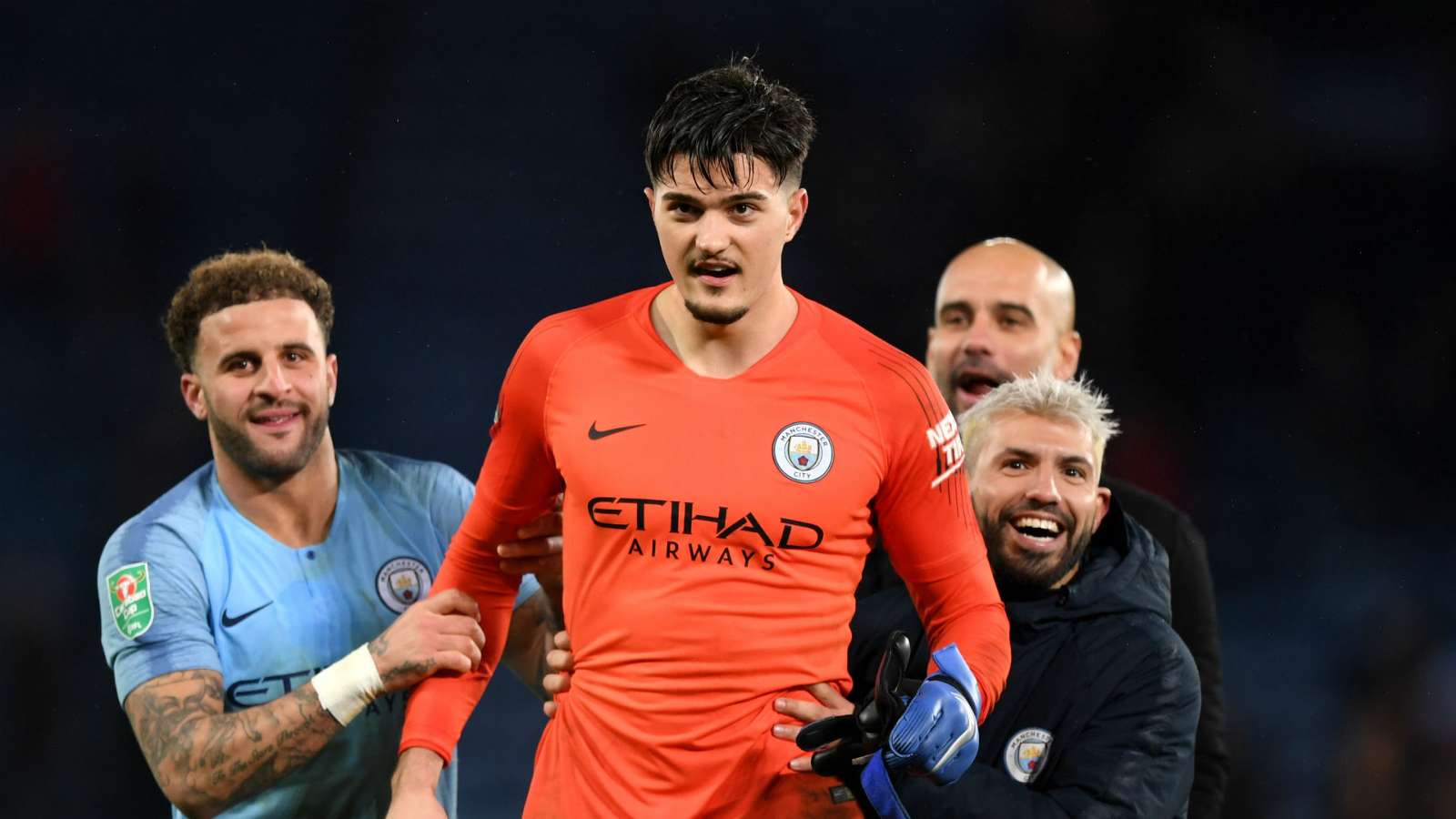 eicester and Man City went to a penalty shoot-out in their EFL Cup quarter-final, as they did 12 months ago, and Aro Muric was the hero.

Aro Muric was Manchester City‘s hero as the holders edged into the EFL Cup semi-finals 3-1 on penalties following a 1-1 draw at Leicester City.

Kevin De Bruyne, starting for the first time since suffering a medial knee ligament injury in the previous round against Fulham, gave Pep Guardiola’s side an early lead with a magnificent strike from outside the box.

A Leicester side featuring seven changes from their weekend defeat to Crystal Palaceoften lacked fluency but Marc Albrighton thumped home an equaliser 17 minutes from time.

It meant the sides would settle a 1-1 quarter-final draw from the penalty spot, as they did 12 months ago, and Leicester showed little of the poise that had seen them through the previous two rounds via shoot-outs.

Christian Fuchs blazing over and tame, saved attempts from James Maddison and Caglar Soyuncu meant Raheem Sterling was spared following a woeful take on the Panenka. Fellow substitutes Ilkay Gundogan and Gabriel Jesus were on target before Oleksandr Zinchenko sent the visitors through.

Riyad Mahrez smashed over from the corner of the six-yard box against his former club but there were few other clear openings as rain teemed down upon a frenetic contest before half-time.

Mahrez created that opportunity and curled narrowly over in the 67th minute but, after Gundogan came on for De Bruyne, the Premier League champions were made to pay for not turning their control of the contest into further goals.