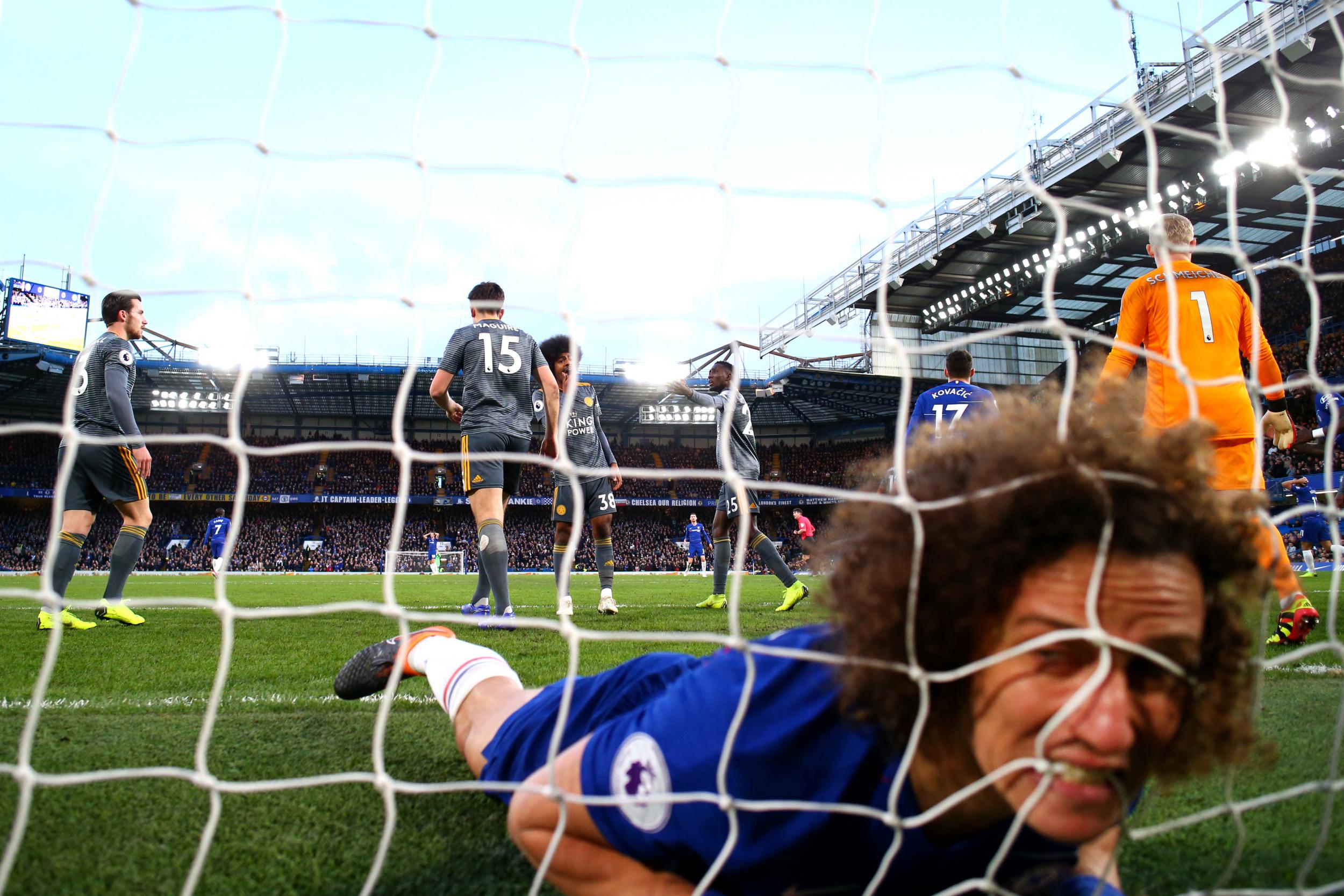 Chelsea dominated the ball in the first 45 minutes and went close as Eden Hazard hit the bar following some bright individual play from the Belgian. However, there was no end product from the Blues before the break.

​Leicester held their own against ​Chelsea‘s dominance in possession throughout the first half, and punished the home side through a trademark finish from ​Jamie Vardy, following a swift counter-attack just six minutes after the interval.

The Foxes grew into the game with increased strength and belief after taking the lead. Chelsea required some staunch rear-guard action to prevent the visitors from doubling their lead later in the second half.

Marcos Alonso hit the woodwork at the death but Claude Puel’s side saw out a famous win over Maurizio Sarri’s side.

Without a forward in the Didier Drogba or Diego Costa mould to act as the focal point, the home side too often ran into a brick wall in the form of Wes Morgan and Harry Maguire going forward.

Eden Hazard looked to use his pace and trickery to get through the middle as Chelsea dominated possession but found himself too often incapable of matching the strength and physicality of his opponents in central areas. The Belgian looks far more adept at playing off of an Olivier Giroud-type forward, and Maurizio Sarri may need to address the issue in January.

Hazard often pulled out from his false nine role into his preferred left wing channel, but this generally left Chelsea short of attacking numbers in the Leicester box with which to produce an end product from the Belgian’s offensive inroads in the match.

Despite playing as part of a back line which generally failed to cope with Leicester’s abundance of pace and energy in attack, Cesar Azpilicueta turned in a typically determined and efficient performance. The Chelsea captain made a crucial block to prevent a seemingly certain second goal from Vardy on the 66th minute. The Spaniard also provided a useful attacking outlet down the Blues’ right flank.

WORST PLAYER – Antonio Rudiger endured a tough afternoon up against a Leicester side which was bustling with energy and drive.

The German was forced to track the movement of Jamie Vardy across the line and contend with the overlapping runs of full back Ben Chilwell, often leaving the defender all at sea. Rudiger failed to track Vardy as he broke through the home side’s back line to fire Leicester ahead

Having lost 1-0 to Crystal Palace last time out in the Premier League, Claude Puel fielded a revised 4-3-3 shape this time out which gave the Foxes a more compact and disciplined shape.

With Hamza Choudhury joining Nampalys Mendy and Wilfred Ndidi in a midfield three, Leicester had the power and purpose needed to compete physically with the likes of Jorginho and N’Golo Kante in the Chelsea engine room

The front three was also armed with plenty of energy and dynamism, with James Maddison and Marc Albrighton flanking Jamie Vary effectively to provide strong work rate from the front and a potent threat on the counter attack. Puel’s side were set up effectively for such an away test.

Jamie Vardy carried Leicester’s firepower and attacking intent to Chelsea all on his own at times, making tireless runs across the front line to draw the home side’s defence out of position and opening up spaces for the Foxes to exploit.

The Englishman showed great pace, power and emphatic technique to hammer his side ahead at Stamford Bridge. Chelsea’s defence simply could not live with Vardy’s drive and ambition in attack.