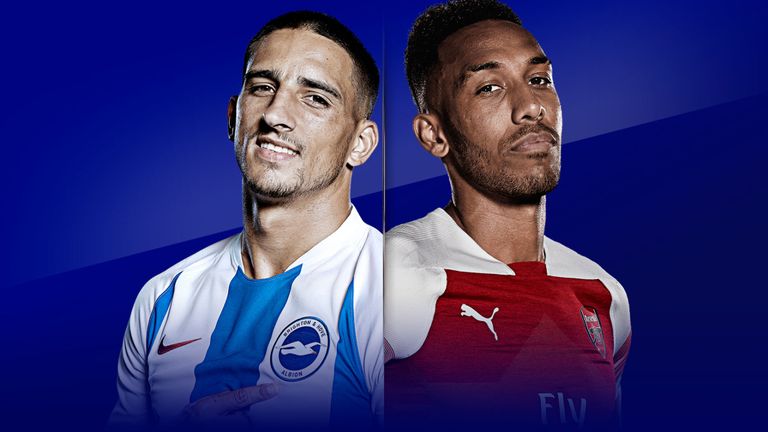 Brighton host Arsenal at the Amex Stadium on Boxing Day as the visitors hope to keep their top four hopes alive.

Arsenal were impressive in their last outing which saw them beat a difficult Burnley team at home 3-1. This came after back to back defeats to Southampton and Tottenham in the Premier League and Carabao Cup respectively.

Those losses ended a 22 game unbeaten run and the aim will undoubtedly be to embark on another streak, continuing with Brighton on Wednesday.

For the hosts, this game provides an opportunity to get their season back on track following three successive defeats in the league causing them to drop to 13th place.

Chris Hughton’s team face a tough test and they will also have to do it without talisman Lewis Dunk who is suspended following his red card against Bournemouth.

Brighton will likely be without wingers José Izquierdo and Alireza Jahanbakhsh for the game as both continue to struggle with knee and hamstring injuries respectively.

The only other confirmed absence is defender Lewis Dunk who has been a mainstay for the Seagulls since returning to the Premier League. He was sent off their previous game which ended in a 2-0 defeat away to Bournemouth. A positive however, for the home side, is that Arsenal travel with a defensive unit which has been obliterated by injuries.

Emery was forced to start full back Nacho Monreal at centre back in their last game at home but he was substituted after an apparent injury. He joins fellow defenders Hector Bellerin, Rob Holding, Shkrodran Mustafi and Konstantinos Mavropanos on the injury list.

These are sadly not the only injuries Arsenal have as Danny Welbeck and Henrikh Mkhitaryan are carrying ankle injuries of their own which make them unavailable.

Brighton and Arsenal have only actually faced each other 12 times in their history and Brighton have only won three of the meetings.

The two teams met last season for the first time in Premier League history and the points were shared. Arsenal won at the Emirates 2-0 while Brighton triumphed in Sussex 2-1 thanks to a Glenn Murray strike.

Arsenal were reminded that they still have a way to go under Emery if they are to bridge the gap to the league’s best teams when they suffered defeat in their last away league game at Southampton. They struggled to deal with the Saints’ pressing and deliveries into the box.

Laurent Koscielny was maybe the only positive as he made his return following a lengthy spell on the sidelines but showed rust as he was slow to react to the the run of Charlie Austin for Southampton’s goal.

Brighton, on the other hand, have been on a tough run of form. They were beaten 2-0 by Bournemouth last time out and also lost 2-1 to Chelsea and 1-0 to Burnley in their two games previous to that. Despite this poor run they still have one of the league’s better defences but, like a lot of teams in the bottom half of the table, they struggle for goals. Here’s how the two sides have performed in their last five fixtures:

Arsenal are currently level on points with Chelsea in the scrap for a top four finish, so this fixture is a must win. They should be expecting to pile the misery on for Brighton, who will likely miss the presence of Dunk in defence. Arsenal’s pace should prove too much for the home side who will likely need to score a number of goals to stand a chance of taking any points from this fixture. In that sense they may have hope considering Arsenal’s defensive woes when it comes to injuries.

With both teams missing key personnel at the back, expect this to be a high scoring game with the most clinical team taking the points.