Newcastle secured a huge win at the King Power Stadium​ to all but secure their Premier League status for another season.

Coming up against an in-form Leicester team, the Magpies put in a resolute defensive performance while carrying a constant threat on the counter-attack and from set pieces. The excellent Ayoze Pérez scored a brilliant header from Matt Ritchie’s cross in the 32nd minute to give the away side the crucial three points.

Perez had another opportunity to score in the 76th minute after bamboozling Ben Chilwell with a drag-back, but his shot was saved by Schmeichel. Jamie Vardy missed a huge chance to equalise in the 79th minute when he was put through on goal by Youri Tielemans but could only send his shot over the bar.

The in-form Jamie Vardy has been rejuvenated under new manager Brendan Rodgers after his struggles under previous manager Claude Puel, but missed a gilt-edged chance to equalise for the Foxes. 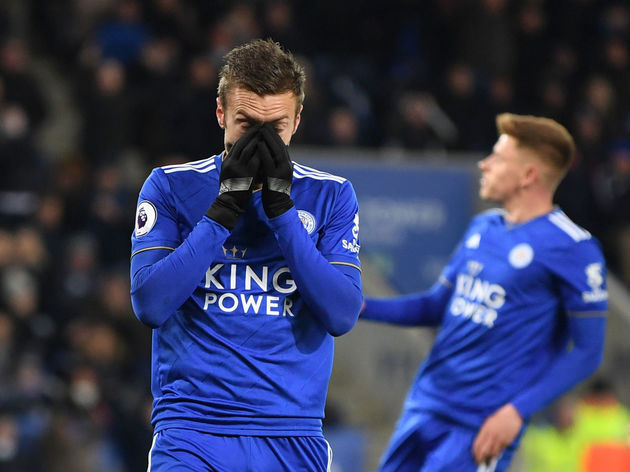 In a rare moment in the match where a Leicester attacker had found some space, Youri Tielemans played a brilliant slide-rule through ball to Vardy who could only send a scooped shot over the bar. In the form that he is in, Vardy would have expected himself to have done better.

With Leicester’s attackers struggling to get into the game defender Ben Chilwell was their bright spark. With his marauding runs from deep and incisive passing, the 22-year-old was the home’s side most creative player on the night. With England assistant coach Steve Holland in attendance this was another positive performance by Chilwell that highlighted why he should remain as England’s first-choice left-back. On a night where his team-mates struggled, Chilwell was full of endeavour.

In the 32nd minute wing-back Matt Ritchie beat Ricardo Pereira and delivered an excellent cross into the box. Ayoze Perez timed his run to perfection to beat Wes Morgan to the ball and brilliantly guided the ball over Kasper Schmeichel and into the top corner.

It was moment of real quality by the Spaniard, defying his slight stature to beat Morgan to the ball, using excellent technique to direct the ball into the corner.

Man of the match with a quality performance, Perez was a constant threat for Newcastle with his pace, technique, dribbling and skill. He scored the all-important winner as well as creating another excellent chance to seal the win in the second half when he looked to be crowded out by several Leicester defenders. He caused Morgan and Maguire all sorts of problems with his movement and his link-up play with Rondon ensured that the away side had a threat on the break.

​Leicester City visit the Olympic Stadium to play ​​West Ham in their next ​Premier League fixture on the 20th April. They then play ​Arsenal at the King Power Stadium on April 29th.