​Fresh from their disappointing 2-0 Europa League loss at Arsenal on Thursday, Napoli return to Serie A action with a trip to Chievo on Sunday.

Having failed to win their previous two league games, I Partenopei will be eager to pick up a much needed victory to further secure their grip on second place. 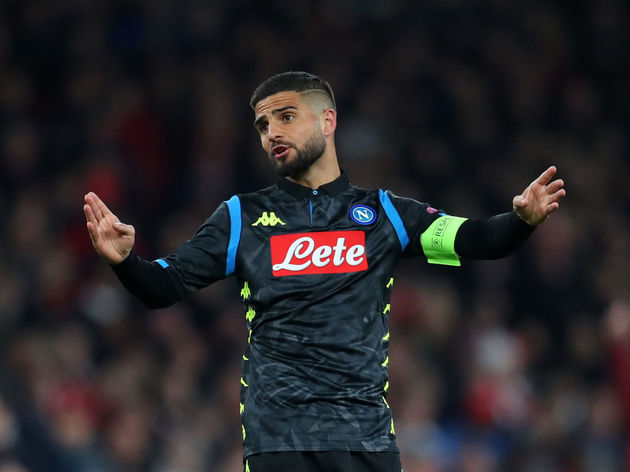 Chievo are rock bottom in Italy’s top flight, having won just one of 31 games so far this season, and their relegation to Serie B could be confirmed before the game kicks off.

Chievo centre back Mattia Bani is suspended and will likely be replaced by Bostjan Cesar, while Ezequiel Schelotto, on loan from Brighton, is injured. Raul Albiol is a long term absentee for the visitors, while Amadou Diawara will also miss out. Carlo Ancelotti may decide against making wholesale changes from Thursday’s loss, but ​Dries Mertens may drop to the bench with Lorenzo Insigne and Arkadiusz Milik preferred in attack.

Out of the 25 matches between the two sides, Napoli lead the way with 15 wins to Chievo’s six, with the remaining four fixtures ending in draws.

The game earlier in the season ended in a goalless draw, but Napoli haven’t lost to Chievo since 2014, when Maxi Lopez scored the only goal of the game in a 1-0 win at San Paolo. Chievo haven’t won a game of football since December, when they secured a slender 1-0 triumph over Frosinone. Since then, they have lost nine out of 12 games.

Napoli’s recent record isn’t great, but it’s still a fair bit better than their opponents on Sunday. After a 4-2 success over Udinese and an impressive 4-1 win at Roma, Ancelotti’s side have drawn with Genoa either side of losses to Empoli and Arsenal.

Here’s how each side has fared in their last five games.

This could be seen as the perfect game for Napoli to find some form ahead of a massive second leg in the Europa League against Arsenal. Chievo have been dreadful this season and it’s hard to see them troubling Napoli’s defence, but the visitors may not be as fluid in attack due to their sticky form in recent weeks.

Expect Napoli to claim a much needed win, but a game filled with goals seems unlikely.