Parma pressed the self-destruct button as they scored two own goals and had veteran defender Bruno Alves sent off in a 4-1 defeat at Bologna in Serie A that left them hovering dangerously close to the relegation zone on Monday.

Riccardo Orsolini gave Bologna the lead in the 51st minute with a solo goal before visiting goalkeeper Luigi Sepe, who had kept Parma in the game with a string of first-half saves, had a nightmare moment just before the hour mark.

Sepe misjudged an Erick Pulgar free kick, the ball hit the post and then bounced off Sepe’s hand into the net.

Two minutes later, Alves, 37, was booked for a tackle on Orsolini, then tried to pull the player up which started a pushing match and the Portuguese was sent off.

Lyanco headed home Bologna’s third goal and Roberto Inglese pulled one back for the visitors before fellow Roma substitute Francisco Sierralta deflected a Pulgar shot into his own net as Bologna completed a sixth successive home win.

The victory took Bologna, who have enjoyed an impressive revival under Sinisa Mihajlovic, to 40 points, five clear of the danger zone, while Parma have 38 points, only three above the relegation places, with two rounds of the season remaining. 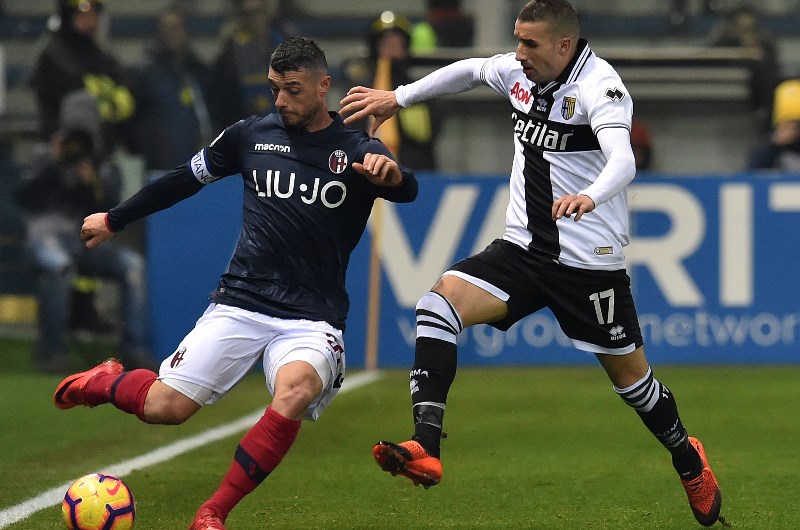 ​Milan confirmed this week that central defender Mattia Caldara underwent knee surgery and will be sidelined for six months in a big blow for Gattuso’s side.

The defender will join midfielder Giacomo Bonaventura​, who has been out of action since November after knee surgery of his own. If the defeat to Torino wasn’t damaging enough, the club will be without suspended captain Alessio Romagnoli, who was shown a red card for dissent in the match. 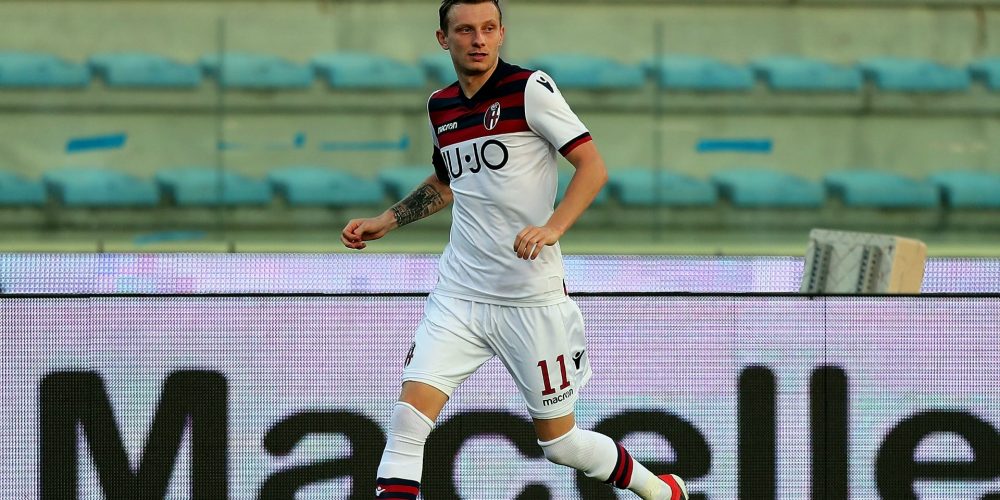 Adam Nagy will be missing for the visitors after sustaining an unknown injury during training, while Siniša Mihajlović will also be without Roberto Soriano and Ibrahima Mbaye who are both suspended for the encounter.