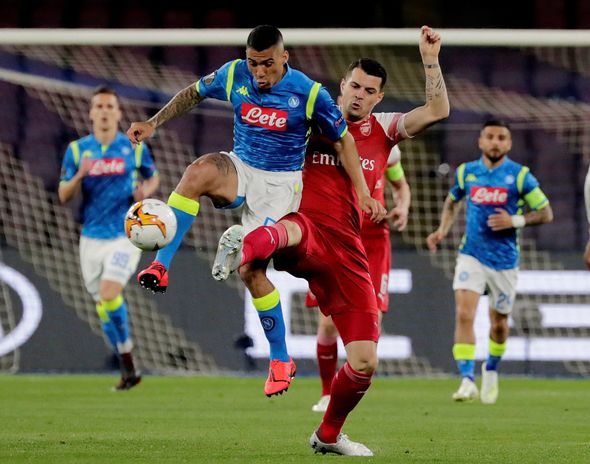 ​Arsenal cruised through to the semi-finals of the Europa League after a superb and disciplined performance against a toothless Napoli side.

The Gunners started the game on the front foot, but it was the Italian side who had the first real opportunity of the game when Kalidou Koulibaly ignited a quickfire counter attack before Jose Callejon’s low drive was smartly saved by Petr Cech.

Shortly after Aaron Ramsey was forced off with a hamstring injury, Arsenal grabbed a crucial away goal in the 36th minute through a stunning 25-yard free kick from Alexandre Lacazette, which left Alex Meret totally stranded in the Napoli net.

Pierre-Emerick Aubameyang should have put the tie to bed early in the second half, but his point blank effort was brilliantly turned over by Meret. It ultimately didn’t matter however, as Napoli never looked like to breach Cech’s goal, and Unai Emery’s side saw the job through with little concern.

I Partenopei were clearly confident that they could pull off a historic European comeback, with fans packing out the San Paolo stadium two hours before kick off.

With the Serie A title gone, this was Carlo Ancelotti’s last chance to claim a trophy in his debut season, and the Italian made the bold decision to drop Dries Mertens from his starting XI. 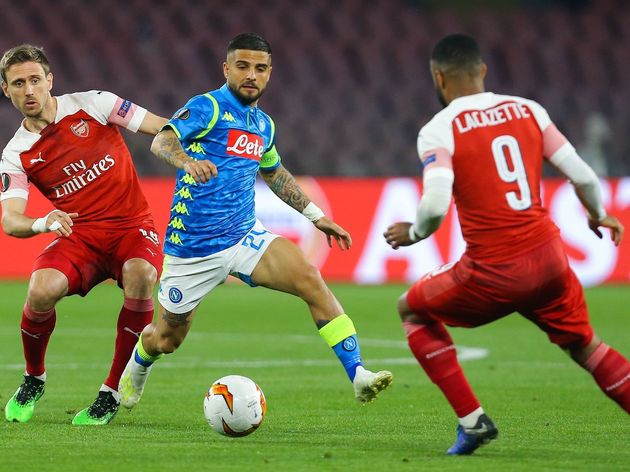 Napoli knew the extent of their task, but their frustration became apparent fairly quickly, and they quickly resorted to petty fouls and appealing for penalties that were never going to be given.

Their evening was nicely summed up by Lorenzo Insigne, who having missed a couple of chances, was taken off, and decided to stand next to the bench looking grumpy for a good ten minutes. A bad night all round for the men in blue.

It’s not difficult to see why the Senegalese international is being linked with a major move away from Naples. 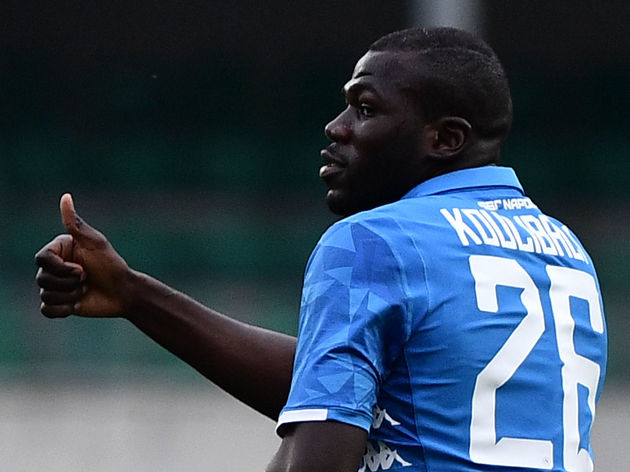 At times, he looks like the only player on the pitch who is capable of grabbing the game by the scruff of the neck and taking command, and his dominating presence at the back would make him a feared centre-half in any league.

However, despite his best efforts, including a couple of bursting runs from the defence to try and get something going for Ancelotti’s side, Koulibaly just couldn’t drag his well below par teammates to his extremely high level.

Judging by Unai Emery’s team selection, the Spaniard had clearly decided that the best form of defence would be attack, especially with playing two strikers. The north London side were carrying a two goal advantage into this clash, so Gunners fans would surely have been slightly concerned with regards to just how high their defensive line was.

However, three-time Europa League winner’s brave selection paid off, and Lacazette essentially killed the tie with a superb free kick.

This was an ultimately comfortable evening for Emery’s side, and the way that they brushed aside the second best team in Italy in such a superbly disciplined way speaks volumes about how far this team has come in the manager’s debut season.

Although Lacazette may take the plaudits for his brilliant goal, Maitland-Niles showed incredible maturity to help guide the Gunners to their second consecutive clean sheet away from home. 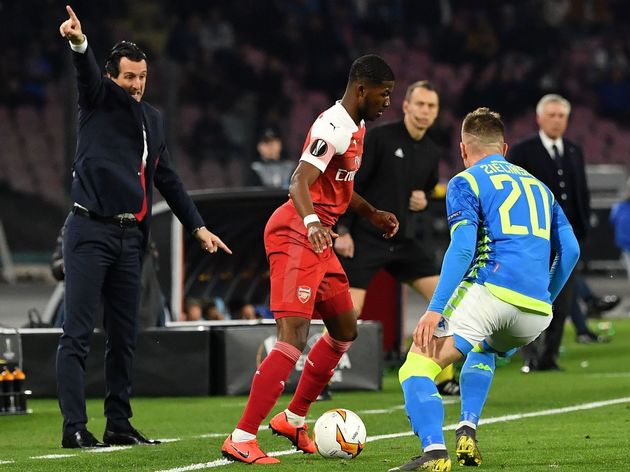 The 21-year-old put in a tireless display at wing back to not only make Arsenal’s back five as secure as possible, but was also a constant option for the attack on the right side due to his relentless desire to get forward and set up Arsenal counter-attacks.

The England Under-21 international will have a bright future at the Emirates, and it’s performances like this that will make the youngster one of the first names on Emery’s teamsheet for many years to come

Napoli will look to consolidate their runners-up spot in Serie A when they host Atalanta on Monday, before travelling to Frosinone the following Sunday.

The Gunners will play Valencia in the first leg of their semi-final on Thursday 2nd May, before the return leg a week later.