​We’ve got another London derby to look forward to on Easter Sunday, as Crystal Palace travel to Arsenal looking to take advantage of some tired legs and further climb the Premier League table.

The Gunners impressively overcame Napoli in Italy during the week, with Alexandre Lacazette’s strike securing a 1-0 victory on the night and a comfortable 3-0 win over the piece, but while they have a European trophy on the line, their priority for now will be securing a Champions League place through the Premier League. Having just about ​beaten Watford on Monday, they are in a good position to do so, but Palace will be no pushovers, even at the Emirates. They are no longer in any real danger at the bottom, and with the shackles off, they came pretty close to upsetting Manchester City last weekend, so Arsenal will know what they are in for here.

In addition to the absences of Hector Bellerin, Rob Holding and Danny Welbeck, who are all out long-term, Arsenal will be without the suspended Sokratis, while Lucas Torreira recovered from a blow which saw him subbed at half-time against Watford to feature against Napoli.

Aaron Ramsey was brought off after half an hour in Naples, but his condition is unclear as yet. For Palace, first choice central defensive pairing Mamadou Sakho and James Tomkins are expected to miss out again, while an update is awaited over Jeffrey Schlupp, who was forced off in the 3-1 defeat to last weekend.

Historically, ​Arsenal have owned this particular London derby, with 28 victories to just four defeats over the years, but more recently, ​Palace have given them something to think about.

The sides drew earlier in the season, and should Palace take a point or more here, it will be the first time since 1980 that they have avoided defeat in both meetings with their more esteemed neighbours. Arsenal won the two prior to that 2-2 draw in October, but one of Palace’s four victories came as recently as 2017, when they famously won 3-0 at Selhurst Park.

Arsenal’s recent form is really a tale of two tapes. Wins over Watford and Napoli on the road this week have gone some way to dispelling their struggles away from home, but generally, their away form has been dreadful.

At the Emirates, where Palace travel on Sunday, however, it’s a different story altogether. They have won their last ten matches on home turf, and haven’t lost a game there since Manchester City turned them over back in August.

Palace, meanwhile, have been pretty inconsistent, but much of that can be put down to some difficult games. They have won two of their last five in the Premier League, but faced Tottenham and Manchester City in that time, so it’s hardly an entirely fair barometer. 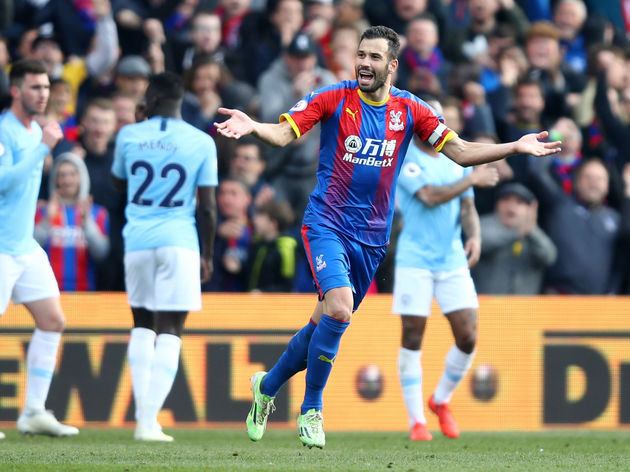 Away from home, they’ve won four from their last five in the league – so they know how to get results.

Here’s how each side has fared in their last five matches in all competitions.

Palace under Roy Hodgson can be a match for anyone on their day, and given how impressive they have been on their travels since the turn of the year, Arsenal have quite the task in front of them if they are to reaffirm their grip on the top four. Having said that, however, Unai Emery really seems to be getting the most out of a strong group of players. They have been nothing short of formidable at the Emirates, and even with a heavily rotated side, they should have enough about them to get a result here.